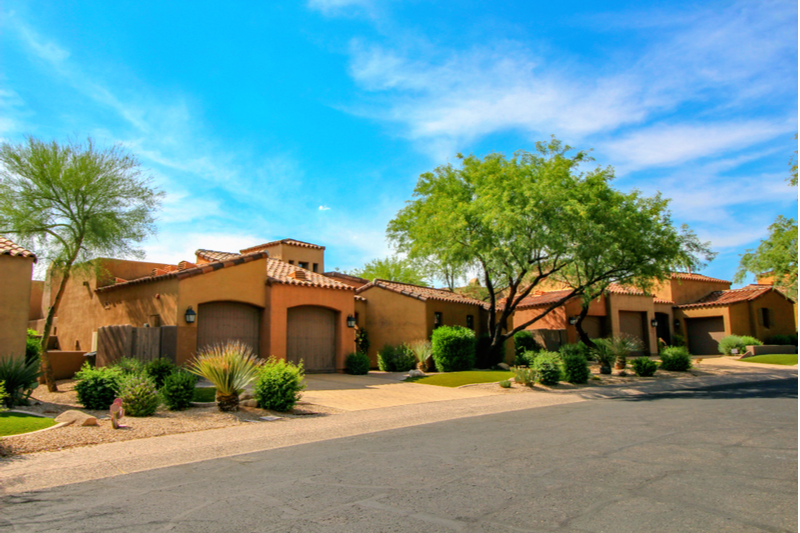 While it’s true there are many reasons to buy a home in Scottsdale, the desert conditions and natural landscape are a big draw, converting many a tourist into a resident. Consequently, the Scottsdale real estate market has flourished over the years, but especially during the uncertainty that is Covid, where buyers are reevaluating how and where they’d like to live. What are some of the reasons for this shift? Let’s break it down.

Maricopa county, where Scottsdale resides, is comprised of 42 other cities where the average sales price for homes is hovering around $530,000, providing an affordable alternative to some coastal areas. Truth be told, as of the beginning of May, 2021, there’s actually more homes for sale than buyers, which can definitely work in your favor. Sure, the demand is attractive, but it’s also the lifestyle without breaking the bank that’s drawing buyers to AZ.

Reason 2: Activities for All Ages

Scottsdale is one of the most family friendly cities in America, having earned the title of the number 1 city for raising a family in 2014. Scottsdale is loaded with public parks and hiking, biking, and swimming spots. There are lakes to water-ski and fish, and nearby gazebos to relax with the family. For luxury and rejuvenation, there are incredible, high-end resorts featuring pools and spas. And there are tons of restaurants with outdoor dining to try. Essentially, Scottsdale is a great choice for folks who prefer the outdoors and sunshine. But note that home prices and buying could drop after the summer months.

Arizona gets a bad rap for being a literal hotspot, but in fact, there’s only about three months of the year that are really hot. The other months can be idyllic sun and warmth. The temperatures in Scottsdale can go as low as 44 degrees in the winter (where it’s even been known to receive a light dusting of snow) and as high as 97 degrees in the summer. But the spring and summer months are when the hot buying season is despite increased listings and higher mortgage rates.

Major League Baseball’s Spring Training brings a lot of activity as athletes across fifteen teams, families, and fans flock to Scottsdale from all over the country and world to attend games at all ten baseball stadiums in the greater Phoenix metro area. Golfers can catch the annual Phoenix Waste Management Open, boasting the largest zero-waste sports event in the world.

Just because you’re in the desert doesn’t mean you’re isolated! Scottsdale is ideally situated such that you can visit many other great locales without excessive travel times. In Scottsdale, you’re near the U.S./Mexico border where you can dine, horseback ride, or go wine tasting. You’re close to the AZ border states of New Mexico, Utah, Nevada, and California. If you’re looking to do some snow skiing, look no further than Arizona Nordic Village in nearby Flagstaff. And of course, the Grand Canyon— one of the seven natural wonders of the world— is only a three and a half hour drive.

What are some of your favorite things about Arizona? Be sure to leave a comment sharing your reasons to buy in Scottsdale and why it’s the right move for your next home.