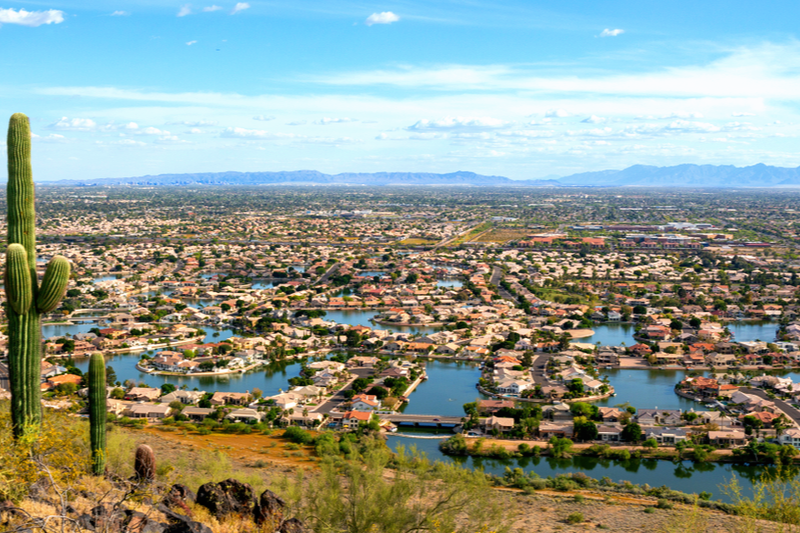 Arizona home prices nationwide have continued to surge through the summer of 2021, and it’s not showing any signs of slowing down. There’s a number of reasons for this, but one often overlooked is in areas with military bases, as the summer is when the military does PCS, or permanent change of station, leaving many service people needing to find homes in new areas, and new or amended VA mortgages, creating a supply-and-demand increases. The question will be if this will taper off around the holidays, as has been typical in previous years. Many sellers will pull their homes off the market during this period so they can spend time with their families and not fold in the added stress of buying, selling, or moving.

Added to the mix, there’s been a slight dip in the number of buyers because with the rising prices, some prospective buyers are feeling left by the wayside. They react to this by opting instead to rent to bide time until the market swings back to their level of affordability.

It can be some time before we see Arizona home prices falling again, given that there’s been an increase year-over-year for at least a decade. The costs haven’t and don’t always skyrocket from year to year, but even a slight increase can force buyers to delay their plans. Unfortunately, this doesn’t seem likely to happen any time soon.

And while low rates can definitely help incentivize buyers, it’s not the only factor behind the current housing market demand. Interest rates have been dropping since 2018, even with some small jumps peppered throughout— including a rate slightly higher than it was in 2020, we are still seeing rates lower than they were in 2019. That said, we’re experiencing a rising rate environment despite the Federal Reserve continuing their practice of monetary easing. We still have strong downward pressure on rates. Barring a sizable surge in these rates, it’s doubtful the aforementioned small jumps will scare off home buyers.

To that end, we’re actually seeing buyers use some unique tactics to stand out in the real estate marketplace. When there are multiple offers on the table, we’re seeing things like buyers paying above the appraised value of the home; they’re sometimes foregoing home inspections (which is risky and not recommended); and in some cases, buyers are throwing in personal incentives to sellers such as vacations and other perks. The market is also seeing over 20% of all new home buying being done with all cash offers. It’s not unheard of to see buyers state their case on a personal level through letters and videos to state their case.

But hope is not all lost. There’s been an increase in home inventories, with many owners looking to sell, creating a surge in home buying. With our lives operating a little differently than before, people are spending more time than ever at home, be it for work, school, or entertainment, so many are choosing to prioritize their houses as investment pieces. Interestingly, there’s also a minor shift away from open floor plans in favor of individual spaces, so as to not feel like we live in our offices, not to mention the uptick in teleconferencing needs require more privacy. More and more energy and money is being poured into these at-home workspaces as a result.

And though the educational landscape is still evolving, living in school districts remains a prime concern for parents. In addition to the schools themselves, parents are also interested in other child-friendly amenities in neighborhoods, such as parks and green spaces where children can interact in a socially distant capacity. These amenities can add value to homes depending on the school district.

We continue to ride the wave of Arizona home prices on the rise. And while we can’t be sure where things will end up, we can follow the trends and adapt to whatever the market brings next.