Covid-19 has driven the housing market’s home prices, profits for sellers, and encouraged some new buyers to try their hand, but for Arizona residents not interested in selling, refinancing has been rising in popularity during a period of low interest rates.

Sweetening the proverbial pot is a recent change made by the Federal Housing Finance Agency, which will incentivize borrowers to refinance, which has the potential to incite more refinancing activity. The change eliminates the “adverse market refinance fee,” amounting to roughly 0.5% of a total loan. For example, with a $300,000 loan, an owner would previously owe an additional $1,500 on top of standard closing costs.

Some experts believe this elimination has the potential to attract many more refinancers, while other experts think the surge could be lackluster, given that we’re already experiencing elevated amounts of refinancing. 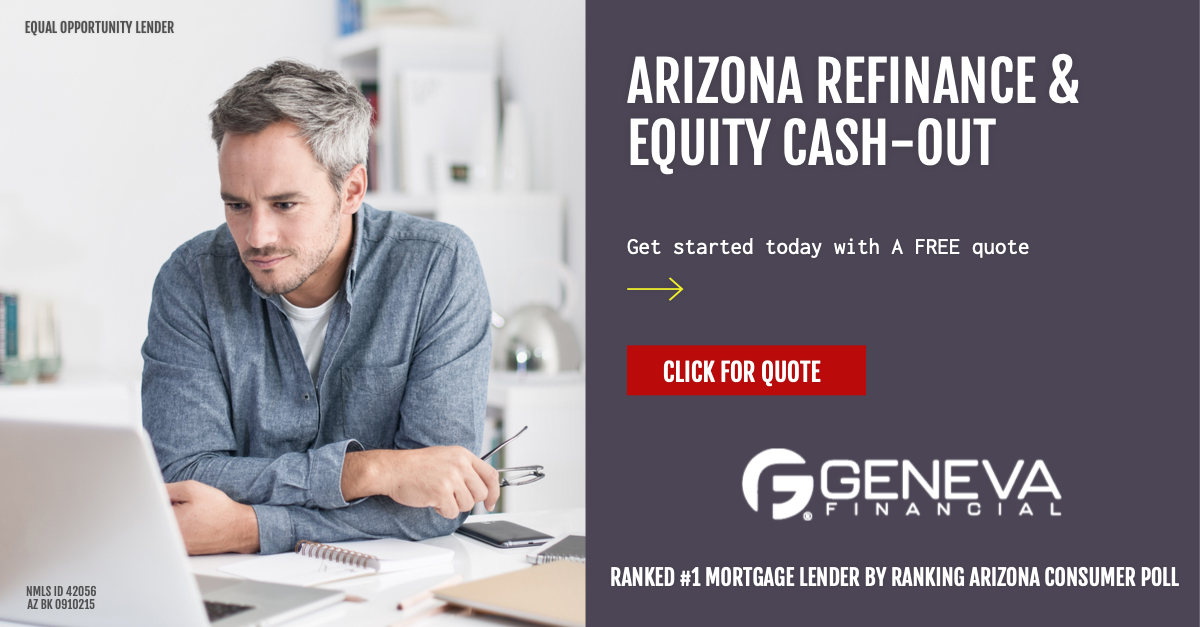 “If we look at mortgage applications, refinancing remains up, meanwhile purchase applications have declined from a year ago,” said Rachel Caple, national head of sales at Geneva Financial.

Inventory and home values add to a refinancing environment.

With an environment of low mortgage rates and a steady rise in Arizona home prices, paired with the steady decline in homes for sale – owners are staying in their homes due to a lack of affordable homes to move into upon selling.

“The rule change and removal of the fee provides more refinance opportunities for homeowners to take advantage of historically low interest rates and record-high equity increases to save or access money that could provide stability during these less than stable times,” Caple added.

The August 20 week concluded with conventional refinancing up 6.2% over the end of August 2020, according to data from the Mortgage Bankers Association. However, refinancing is down 6.4% as compared to the previous four weeks, and 1.5% as compared to the week prior. As such, spokesman Adam DeSanctis states that due to the elevated refinancing activity, the FHFA eliminating this fee is unlikely to spark another substantial increase.

The decision to cut this fee comes during a time deeply affected by the cloud of Covid-19 beginning to lift, albeit slightly. Prices are starting to slide, with 4.7% of listings for the four weeks preceding August 1st experiencing price drops, according to Redfin, vis-a-vis 3.7% during the same period of 2020.