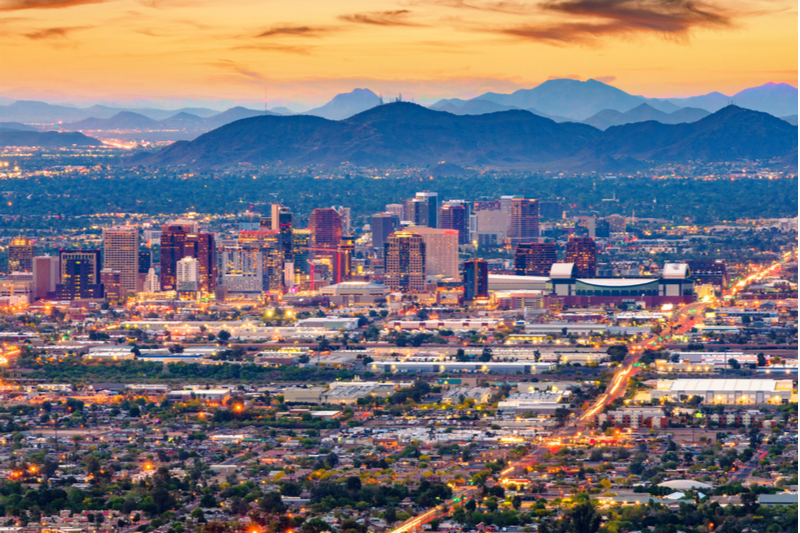 Phoenix, AZ has become one of the most affordable states to live, ranking as the 3rd fastest growing metropolitan area with below average cost of living. Nearly 30 million Americans relocated within the United States between 2019 and 2020, with almost 40 percent moving across state lines or to new counties. Increased living costs have forced more and more residents to less expensive areas. While the U.S. Census Bureau has reported that U.S. population grew by 1.3 percent over the past three years, populations of some locations with below median living costs have grown by over 10 percent. According to a recent report by Roofstock, Phoenix is the third fastest-growing large U.S. city with a below median cost of living.

Geographic relocation has been waning in the United States since 2012. In fact, moving in general— within the same county, to a different county in-state, or to another state— has been on the decline. This is due to increasing housing and moving costs, an aging population, and the rise of dual income households, says a recent Harvard University study. And it goes without saying that the Coronavirus pandemic has slowed many citizens’ plans to move house, even with the desire to relocate to more cost-effective areas.

The U.S. Census Bureau reports that the population has grown by almost 4.5 million people between 2017 and 2020. During that time, some cities saw exponential population growth where cost of living and population density is lower than average, such as Idaho and Nevada. Conversely, densely populated states with above-median costs of living— namely California, Hawaii, New York, and New Jersey— declined or stayed put during that time.

The report found that the cost of living in the Phoenix area is 1.3% below the national average. During the years analyzed by Roofstock, Phoenix’s population increased by 6.3%, ranking 3rd in population grown among the most affordable states.

Below is a summary of the data for the Phoenix/Mesa/Chandler, Arizona area:

For context, here are the same statistics for the entire United States: